Destination fees and surcharges imposed by international shipping lines cost the Philippine economy an estimated US$2 billion to $5 billion in losses annually, according to the joint report by the Export Development Council (EDC) and National Competitiveness Council (NCC).

This report entitled “Potentially Avoidable International Shipping Cost and Other Charges” was initiated by Dr. Enrico Basilio, Chair of the joint Committees on Transport and Logistics of EDC and NCC, and Mr. Michael Raeuber, CEO of Royal Cargo Group of Companies and former President of the European Chamber of Commerce in the Philippines (ECCP).

Highlights of the report were presented during the public hearing conducted by the House Committee on Transportation (COTr) last 17 January 2018 that tackled the Container Deposits and Related Charges imposed and collected by Agents of International Shipping Lines.

The document, based on a series of forums and a survey conducted last year, disclosed that for imports, freight accounts for an average of only 39% of the total amount paid to international shipping lines, while the so-called “destination charges” levied on Philippine importers by the carriers account for 61%.

For exports, freight costs accounts for an average of 25% of the total amount paid to international shipping lines (Carriers) while the so-called “origin charges” levied to Philippine exporters by the Carriers account for 75%.

The report said such costs undermine the country’s export competitiveness by increasing the cost of importing raw materials and intermediate goods. It noted that the hardest hit by these costs are the small exporters and importers (SMEs) because larger and regular importers and exporters are able to negotiate for better rates and terms with international shipping lines.

The report also undermines the competitiveness of domestic producers by increasing the cost of imported raw materials and intermediate products. Surcharges are also seen to make domestic consumers pay higher prices for imported products (for final consumption) since the “added” import cost is passed on to them.

COTr Chairman and Catanduanes representative Cesar Sarmiento said that with these claims and result of the report, the next hearing will be a joint meeting with the House Committee on Economic Affairs to find the best solution for the situation.

Exporters are encouraged by the Bureau of Philippine Standard (BPS) of the Department of Trade and Industry to comment on the proposed technical regulations of different countries on 151 products. The list is released by the World Trade Organization (WTO) through the WTO-TBT Enquiry Point at the BPS Standards and Conformance Portal (www.bps.dti.gov.ph). Said regulations cover Domestic and Commercial Equipment, Entertainment, Sports, Electrical Engineering, Fluid Systems and Components for General Use, Food and Beverages, Health Care Technology etc. to be exported to Brazil, Egypt, the European Union, Rwanda, the United States of America and other countries.

The Bureau of Internal Revenue Import Clearance Certificate (BIR-ICC) has been repealed by Department Order No. 11-2018 of the Department of Finance.

Importers and customs brokers  accreditation will now be processed solely by the Bureau of Customs (BOC) to simplify the process.

DOF Secretary Carlos Dominguez, who signed the Order last 7 February 2018, noted that the move is pursuant to Section 1200 of Republic Act 10863 or the Customs Modernization and Tariff Act (CMTA).

To implement this Order, the BOC and BIR are tasked to issue relevant orders and administrative issuances.

The Export Development Council welcomes this policy decision as it had recommended the removal of BIR-ICC which required many documents and caused delays in the accreditation of importers and brokers. This initiative is seen as putting in action one of the 10-Point Socioeconomic Agenda of President Rodrigo Duterte which includes enhancing competitiveness and promoting ease of doing business.

“Know your customers better to deliver value-added export products. People today are looking for outcomes and experiences much more than products and services”. This is the main statement of Professor Paris de l’Etraz, Chairman of Applied Innovation Institute during his speech in the recent National Export Congress 2017.

He further said that “Innovative compa-nies are not dealing with products. Most of them are dealing with creating relation-ships, engaging and delivering experien-ces to their custom-ers”, 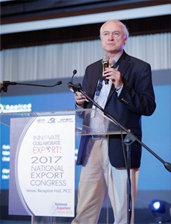 Professor de l’Etraz emphasized that 90% of all successful ideas today are improvements of something that already exists. He added that decision making needs to move from gut feel and instinct to data-driven decisions.

The speaker included the following advice on exports:

1. Move from commodities to “value-added” products, the companies that are exporting the most have done this well.

2. Customers today are moving from buying products to buying experiences and outcomes

3. Think globally as a “Firm” and as a “Country”, and take your story abroad.

Companies in the country are battling it out in the innovation business. This was confirmed during the recently concluded National Export Congress 2017. The event reaffirms what other countries say that the Philippines can become the Innovation Hub in the Asian Region.

Research and Development (R&D) by companies focused on products, human resource and digital marketing were featured in the annual event. An example of this product innovation, Chemrez Technologies, Inc. developed its virgin coconut oil that stays in its liquid form even when the temperature goes down to 5 degrees celcius. The company was also able to remove the taste and smell of the coconut from their products. By employing extensive R&D to their coconut oil, they were able to create a new category for their product that was of higher value. By introducing innovation in their coconut oil, they have created new markets and new consumers for products that would otherwise be limited by its physical form. As an innovative company, Chemrez has to keep on developing new products that are not only ahead of competition but products that will pioneer the markets. –Grace T. Mirasol 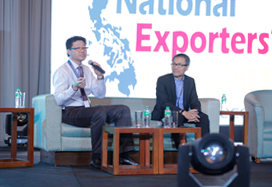 Senator Sherwin “Win” Gatchalian, who chairs the Senate Committee on Energy, is pushing to postpone raising taxes on coal until a policy allowing consumers to choose their energy source has been adopted. The proposed coal tax is included in the pending tax reform bill or Senate Bill 1592 which is up for discussion at the Congress bicameral conference committee.

SB 1592 proposes raising coal excise tax from the current ₱10 per metric ton to ₱100 in 2018, ₱200 in 2019, and ₱300 in 2020. If the excise tax is approved, an average consumer using 200kwh/month will have to pay an extra ₱4.78 per month in the first year. This will increase to ₱14.35 per month in the second and ₱28.70 per month in the third year. He added that compared to other tax hikes in the TRAIN bill, consumers do not have a choice when it comes to using electricity. 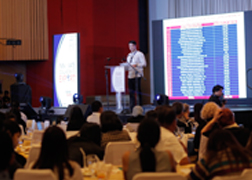 Senator Gatchalian noted that the government can implement the Senate’s proposed coal tax increase once the retail competition and open access (RCOA) system is in place. RCOA is the retail competition open access in which when the consumer will be given the power to choose, to buy wherever he wants. The RCOA is one of the provisions under the Electric Power Industry Reform Act of 2001 (EPIRA).

Senator Gatchalian cited the proposal as an unfair imposition since there will be a slowdown in the growth of manufacturing sector with its dependency on electricity.  – Ma. Divine Grace T. Derez

Relevant government agencies have concurred to the urgency of the Philippine accession to the Istanbul Convention which will implement the ATA Carnet System.

The ATA Carnet is an international scheme that will allow tax-free and duty-free importation of commercial samples, professional equipment and articles for presentation or use in trade fairs, shows, exhibitions without customs formalities. It will also allow traders to use Carnet, a single document of goods that will pass through several customs territories and will be valid up to one (1) year. Hence, traders will save costs and time in clearing goods at the border.

The DFA – United Nations and International Organizations (UNIO) leads in the preparation of the Instrument of Accession for the President’s approval. Director Roberto Manalo of the DFA-UNIO who serves as the chair of the technical working group on ATA Carnet, underscored the need for government agencies to support the promotion of export development through the ATA Carnet system.

He added that this is also in compliance to the Office of the President Memorandum Circular No. 27 issued last 6 October 2017 which directs government agencies to “strengthen the implementation of the Philippine Export Development Plan (PEDP).” –Asnia R. Bayabao

The first regional education caravan to roll out the Strengthening of Industry-Government-Academe Linkage For Inclusive Growth (SIGASIG), was recently conducted in Iloilo City covering Regions 6,7 and 8.

SIGASIG caravan aims to sustain the linkage between the academe and the industries all over the country to better equip graduates with skills required by the industry. Skills matching and talent upgrading strategies to fill the gaps were discussed.  In collaboration with government and industry; curriculum should be upgraded and faculty immersion shall be pursued in industry.

The Department of Trade and Industry (DTI) through the Export Marketing Bureau, the Philippine Exporters Confederation, Inc. (PHILEXPORT) and the Export Development Council leads the conduct of the 2017 National Export Congress (NEC). NEC is the highlight of the week-long celebration of the National Exporter’s Week (NEW). This year’s theme: “Innovate. Collaborate. Export!” aims to encourage exporters to enhance their entrepreneurial capabilities through innovation and collaboration.

Over 700 delegates including exporters business support organizations, policy makers, and academe will convene at the Philippine International Convention Center (PICC), Pasay Manila on 05 December 2017 for the annual NEC. The event will also have panel discussions on various topics such as expansion of the global market through innovation and addressing industry challenges through collaboration.

The NEC is the main activity of the National Exporters’ Week (NEW). The first week of December is declared as the Exporters’ Week per Presidential Proclamation 931, Series of 1996 and House Resolution 33, in order to obtain total commitment of the government and the private sector to continuously work together to sustain and maintain export promotion and development.- Piercy Kieth Cezar 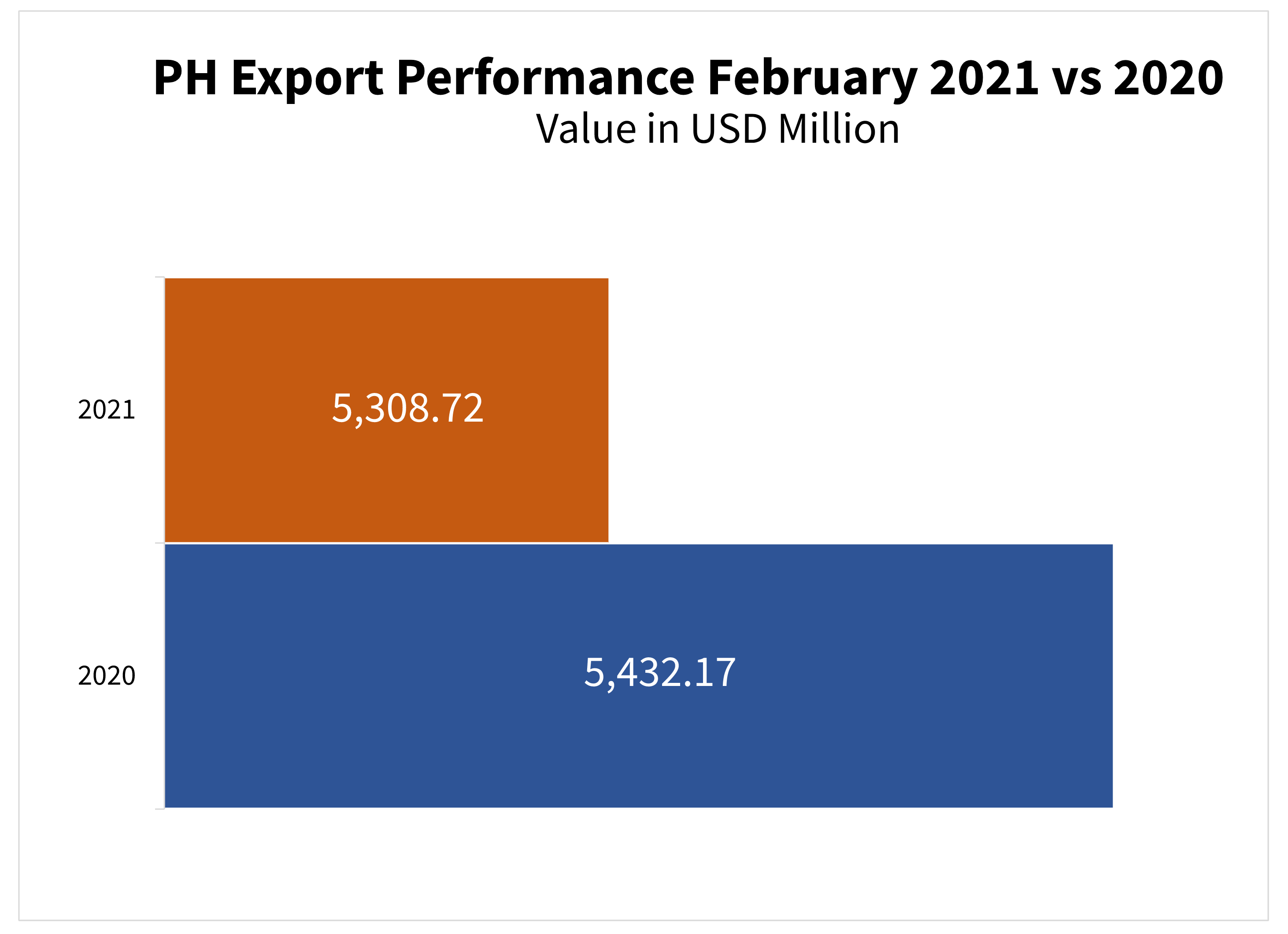